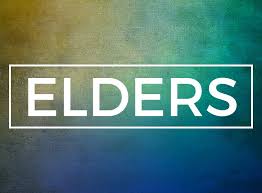 In 1 Timothy 3:1–7 and Titus 1:6–9, the apostle Paul sets forth a number of characteristics that men must possess in order to be pastors, elders, overseers, shepherds. (In the New Testament, these terms are all equivalent—elder connotes the man’s dignity and standing; overseer his function and duty; pastor his calling of shepherding, protecting, and feeding of the flock through teaching.)

Several years ago, John Piper did a seminar on biblical eldership and worked through these qualifications. I thought it might be helpful to adapt the comparative chart from the ESV Study Bible collating the qualifications and then listing Piper’s corresponding definitions.

As we select our Elders over the next few weeks please pray that God directs you in your nomination and that the selection is based what is best for the Colonies Church of Christ.

Nomination ballots are in both foyers. The box is located in the Church office.

More About the Colonies